A round-up of book signings, author interviews, news and events. 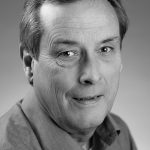 Inspired by Braveheart, a late 13th-century Scottish warrior who led the Scots in the First War of Scottish Independence against King Edward I of England. “White Light – Red Fire” is a story about a strong aggressor looking to conquer a smaller nation. The story is however situated in a different time and place. The aggressor desires the natural resources of the land. A red stone, othium, is inert until in the hands of an old alchemist who can turn the dull red rock into a weapon of power and destruction.