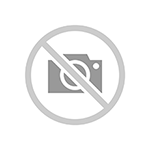 You’re in the Navy Now

When Alan Higgins joined the Royal Navy at the outbreak of World War II in 1939, he was not yet sixteen years old. His youth did not save him from the horrors of war, and he went on to survive the sinking of his ship, HMS Edinburgh, in the Barents Sea, and the bombing of a station in Russia before more peaceful spells in North America and Bermuda. Much of Alan’s war took place in the Mediterranean, and he found himself in the thick of it at the battle of Anzio, surviving repeated bombing attacks. As a member of the crew of one of the landing craft at the D-Day landings, he had to saw off a mate’s shattered leg with a bread knife. Yet despite the horrors and terrors, You’re in the Navy now is rich in gentle humour.