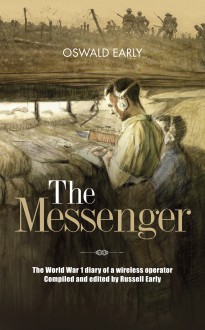 Oswald S. Early was a First World War wireless operator with the 1/9th Battalion Territorial Force of the Royal Hampshire Regiment, serving from 1916 to 1919 in India, Iraq and Afghanistan. Throughout his adventures he kept a diary, which gives us a vivid picture of the trials, the tedium, the hardships and occasional horrors of the campaign and the challenges and dangers he faced. “The Arabs… are dangerous fellows to tackle when caught. The best way is to shoot them first and then make enquiries.” “A few tribesmen tried to get into camp last night, but some Gurkhas were waiting for them… early this morning they came into camp carrying the heads of the tribesmen under their arms. They put one on a pole and stuck a cigarette into its mouth.”