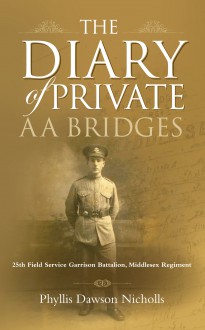 The Diary of Private AA Bridges

Alf Bridges, a modest, unremarkable Hertfordshire lad, was rejected for military service several times before in 1916 the Army finally decided he was good enough to fight for his country. It was a late decision but a wise one, because in the face of danger, Private Alfred Arthur Bridges proved to be as brave as a giant. Throughout his time serving in South Africa and the wastes of Siberia, Private Bridges kept a diary, supplemented by a collection of newspaper and regimental magazine articles of the period. Always modest and unassuming, often quietly amusing, it offers a vivid picture of the horrors and hardships of the Russian campaign and a fascinating perspective on a long-ago war.