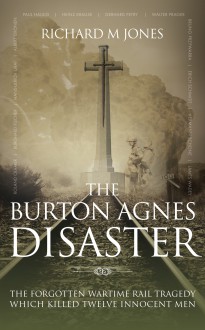 The forgotten wartime rail tragedy which killed 12 innocent men. In the early hours of an autumn day in 1947, a truck laden with German prisoners-of-war and their English guards approached a level crossing in a sleepy Yorkshire village. At the same moment, an express train was thundering towards the crossing. For some inexplicable reason, with the train just yards away, the soldier behind the wheel of the truck did not stop. Instead he pressed the accelerator pedal…The scene was set for a terrible tragedy – one which was largely forgotten, until author Richard Jones began to investigate the story 60 years later.