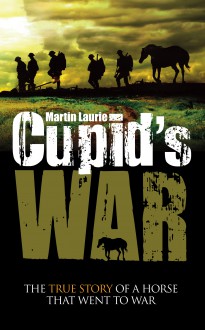 Cupid’s War is the moving and inspiring true story of a war horse, one of many thousands that were shipped across the English Channel during the First World War to play their part on the Western Front. Cupid had been a father’s gift to his 15-year-old son, and when war broke out father, son and horse found themselves facing the horrors of the conflict together. They did not all return. Martin Laurie is the grandson of the young man who owned Cupid and rode her to war. With the aid of his grandfather’s letters and family documents and photographs, he has pieced together an astonishing story.