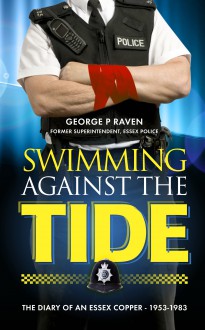 Swimming Against the Tide

George Raven served as a police officer in Essex for thirty years, rising to the rank of Detective Superintendent. In this autobiography he looks back on a colourful career, recounting stories of fascinating manhunts, gruesome murders, violent encounters and heart-rending tragedies – as well as plenty of amusing and not-so-amusing incidents as he worked alongside officers who ranged from the excellent to the incompetent. Raven’s conclusion in retirement is that police recruitment standards and performance have deteriorated alarmingly over the years, while public perception and trust now stands at its lowest since the British police force was founded. In this entertaining account of his life in the force, he examines the reasons and challenges politicians to address the serious problems facing the police in the 21st century. ‘Politicians pass more and more laws, dream up more and more regulations and issue more and more directives to the police, to tie their hands and make enforcing both the good and the ridiculous laws they pass an almost impossible task.