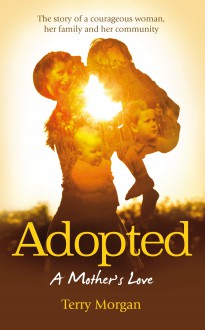 Adopted: A Mother’s Love is the story of Gwenllian Annie Morgan, a Cardiff woman who, back in the years after the Second World War, adopted a three-month old baby at the age of 40 after his natural mother, who was still a teenager, was forced to give the child up for adoption; the father was a US serviceman who refused to have anything to do with the baby, and the mother’s family refused to support the child.

That baby grew up to become Terry Morgan, the author of this book. Nearly seventy years on, he has delved into the past to unearth in detail the story of his adoptive mother, the selfless, devoted woman who gave him a lifetime of love and care, the community she lived in and the people who formed Terry’s life.

The story of a courageous woman, her family and her community