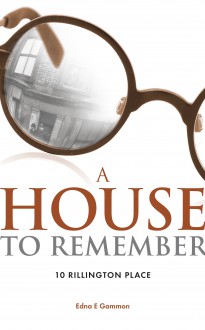 A House To Remember

What happened at 10 Rillington Place was so shocking and gruesome that even today everyone over a certain age still remembers the case with a shudder. In 1950, Timothy Evans was hanged for the violent murder of his baby daughter; he was also assumed to have murdered his wife. Then, less than three years later, another tenant, John Christie, was found to have killed at least six women, hiding their bodies in the garden, under floorboards and in a concealed kitchen alcove. Christie followed Evans to the gallows. It seemed unlikely that two murderers were living at 10 Rillington Place, and the evidence that emerged in the Christie case eventually led to Evans receiving a pardon.  But there was also circumstantial evidence that Evans had indeed killed his wife and child. Crime student Edna Gammon firmly believes that Evans was guilty. In A House to Remember, she explains why.