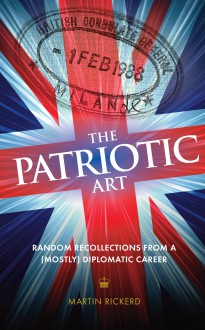 Martin Rickerd considered accountancy, the Merchant Navy and journalism before joining the Foreign and Commonwealth Office a month after his eighteenth birthday as a filing clerk. Promotion soon followed, and there followed 38 years of adventure and challenge in the diplomatic service in countries around the world, from New Zealand to Barbados, Italy to Singapore and Liberia to the USA, interspersed by spells back at HQ in London. By the end of it all he had risen to the rank of Consul General, the senior resident British Government representative in an area of the southern USA three times the size of the United Kingdom. Despite all this responsibility Martin has never taken himself too seriously, as this book shows.