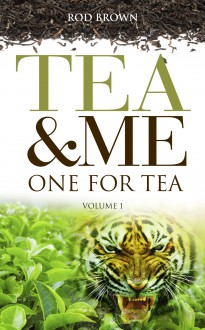 When young Rod Brown’s mother happened to spot an advertisement in the local paper for engineers to work on a tea company’s estates in India and Pakistan, Rod dismissed the idea. But having put in an application to keep her happy, he was amazed to be offered a position – and soon realised it would give him a chance to break free of the boredom and frustration of his monotonous factory job. A few weeks later Rod set sail for a new life in India, the start of a long career in the tea industry during which he fell in love with the country and its way of life. Yet he never forgot the girl he’d left behind in England, and returned after four years to marry her.

Tea & Me is the story of Rod Brown’s colourful early years in West Bengal in the 1950s, complete with encounters with tigers, leopards and poisonous snakes and some hilarious adventures with the local people.