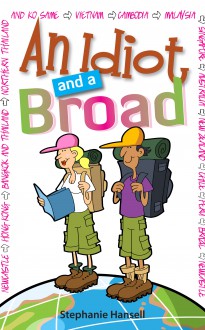 An Idiot and A Broad

Stephanie and Tony Hansell had always promised themselves they would see the world one day, but they did not finally take the plunge until they popped into a travel agency one wet Saturday – and came out two hours later having booked a six-month trip to the far side of the world, taking in Hong Kong, Thailand, Vietnam, Cambodia, New Zealand, Australia and Chile. An Idiot and a Broad is the tale of their adventures, from rainforests to glaciers, from the Killing Fields to Copacabana and from night clubs and glorious beaches to slums and animal sanctuaries. It is packed with hilarious and often gritty tales of encounters with beggars, rip-off merchants, fellow travellers and a host of native wildlife, from kangaroos to cockroaches.