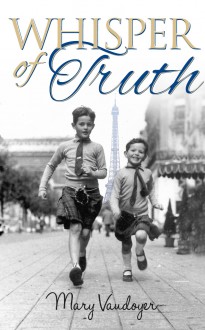 Mary Vaudoyer was scarcely out of childhood when she observed to her mother that the only things that really mattered in life were clothes and philosophy. That statement proved to define the course of Mary’s extraordinary life. Born in 1918, Mary joined the Special Operations Executive at the outbreak of the Second World War, meeting Sir Winston Churchill and dealing with top-secret documents. She went on to carry out vital work preparing undercover agents for dangerous missions in France. After the war Mary married a member of a prominent family of French architects and spent most of the rest of her life in France. In the post-war years she developed a passion for haute couture and became a collector of fabulous garments, gowns, dresses and coats. In the 1990s she published Le Livre de la Haute Couture, a comprehensive work on fashion and the great designers, which became a best-seller on both sides of the Channel. Whisper of Truth is her story.