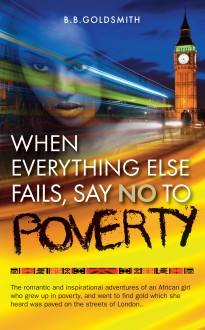 < Back to Black Interest

When Everything Else Fails

A romantic and inspirational true life adventure, this is the story of an African girl and her culture, who grew up in poverty, started smuggling to earn a living; then flew to London to ransack for the gold which she had heard paved the streets of London. Raised up under the former Rhodesian colonial rule of Zimbabwe, she found herself alone in the large city of London. Before then she had married a serial cheat who had bedded enough women to fill a double decker bus plus standing passengers. Bored of making love in the same old missionary position, she suggested something saucy to her old fashioned husband, who then labelled her a Nymphomaniac! Hurt by his spiteful words, she plotted a vicious revenge and developed the desire to do great things for herself.

This fascinating read is about Pain, Suffering, Endurance, Faith and taking Action, which determined the turning point in her life and led to her undreamt of financial success.