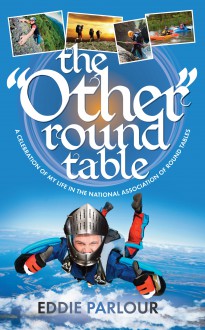 The Other Round Table

To most people Round Table means only one thing – King Arthur and the Knights of the Round Table. However, for many other people it has a separate, more important meaning – being part of what is in the opinion of the author the greatest club ever formed for young men, The National Association of Round Tables or as the members know it, RTBI (Round Table Britain and Ireland). For these people, “The Other Round Table” is membership of RTBI. This book is a celebration of the author’s 14 years he had as a member of Round Table and incorporates a potted history of Mendip Round Table, the club where he spent the majority of his Table life and which sadly folded in 2001. Thus it is also a historical document as to what life was like being a member of Mendip Table during its existence from 1959 to 2001