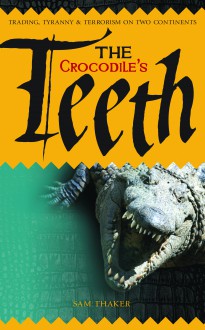 The evil thugs of Idi Amin’s Uganda and the fanatical bombers and machine-gun-toting terrorists of Mumbai make The Crocodile’s Teeth a gripping tale of one man’s survival and resourcefulness set against a background of tyranny, terror and hardship on two continents. Sam Thaker was born to Indian immigrant parents in Uganda in the days when it was one of the most beautiful, fertile and contented countries in the world.  Then Idi Amin swept to power, and under his tyranny Sam’s paradise became a hell on Earth.  Having been forced by Amin’s thugs to give up their home and most of their money and possessions, as well as Sam’s thriving airfreight business, he and his family began a new life in England as near-penniless refugees. But Sam was a survivor. Ignoring his bank manager’s patronising advice to open a corner shop, he decided instead to build on his experience in the cargo business to start up a London-based air freight company. Realising the immense potential of the Indian import market, he returned to the land of his fathers to develop business there which eventually led to the company opening offices in eight Indian cities.  Along the way he and his wife were caught up in the wave of terrorism which struck Mumbai in 1993 and again in 2008, and narrowly escaped the floods which engulfed the city in 2005 and drowned more than 5000 people.