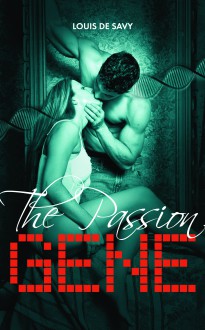 Robin Chesham is a successful consultant surgeon with a keen interest in genetics. When he meets Georgiana Gilmour, a young rising star in the field, at an international medical conference, the attraction is immediate, powerful and mutual. But surely, thinks Robin, he has met Georgiana somewhere before. United by common professional interests, a shared love of culture and an irresistible emotional and physical attraction, Robin and Georgiana become lovers. As they are swept away in an increasingly powerful tide of love and desire, their illicit life together seems almost too good to be true. But then a chance meeting opens up a secret from the past, and reveals to Robin why he feels so drawn to Georgiana, and she to him. And this is not the last shock that fate has in store for them both…

The Passion Gene is a fascinating first novel from the pen of Louis de Savy, a former hospital consultant.