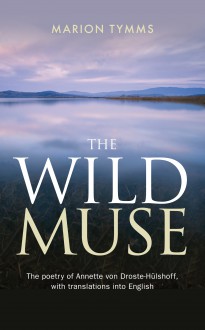 Annette von Droste-Hülshoff has never been accorded the recognition given to other 19th century German poets, though interest in the literary world is now increasing, not least because of her enigmatic reputation as a woman who appears a mass of contradictions; sociable and open, yet almost crippled by introspection. An examination of the considerable work she completed during her short life reveals a fascinating mind and an exceptional talent, yet one which defies attempts to define or categorise. Marion Tymms, whose examination of Droste-Hülshoff’s spiritual life and related work was published in 2012 (God’s Sorely-Tested Child), now discusses her poetic achievements in general and the influences behind them, from her teenage years to maturity, focusing particularly on certain key relationships which affected the course of this troubled woman’s life. For the first time Droste-Hülshoff’s lyric poetry is presented and introduced, in the context of the key events in her life, for the non-German-speaking reader.