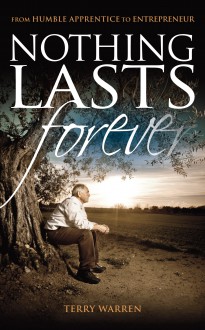 Terry Warren began his career in industry as a humble apprentice draughtsman during the adventurous 1960s. A few years later, an opportunity to make money on the side by sub-contracting the making of printed circuit boards allowed him to discover a talent for entrepreneurship, and it wasn’t long before Terry had embarked on a new and much more lucrative career in project management. Working in the Middle East and in senior positions with businesses on both sides of the Atlantic followed, and by the time he was in his 50s Terry was the head of one of Britain’s top two project management consultancy and training companies, a business which he had founded and built from scratch, pausing along the way to build a successful industrial recruitment company. Now in his 70th year, suffering with Parkinson’s disease and happily married to his fourth (and last!) wife, Terry looks back on a colourful and eventful career and personal life.