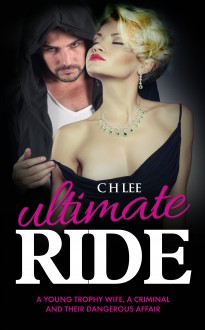 He is a loudmouth taxi driver and she is the well-dressed wife of a wealthy businessman. When their very different lives collide, neither can predict the volatile attraction that pulls them together and the intense affair that follows. Donna Deblaby thought she had escaped her violent childhood when she met and married Richard, a successful man twenty years her senior. But despite the five-star hotels and expensive clothes, Donna feels increasingly unsatisfied by her safe and simple life. Johnny Ricci’s teenage years were filled with crime, sex and violence. So when he gets involved with some ruthless drug dealers, Johnny has no choice but to abandon his hometown and attempt a fresh start in London. When they meet at a New Year’s Eve party, Donna and Johnny quickly find themselves at the mercy of an unquenchable attraction and they begin a rollercoaster affair that drags them both back into the gritty world of their past. Ultimate Ride is a passion-filled story of two unexpected lovers set in the rough and raunchy reality of urban England.