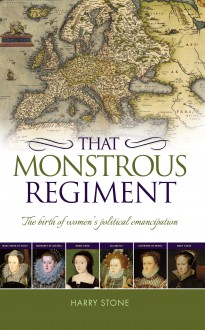 Here, for the first time, are outlined the subterfuges and wiles of the six queens who largely ruled Europe during the second half of the sixteenth century, as well as the complex relationships between them. Up against what was essentially a man’s world, they proved highly adept at using women’s intuition and marriage – or more particularly engagement – to gain international advantages. They also showed an ambiguity towards Protestantism which was in stark contrast to the tyranny of kings. Above all, these were the women who stormed the cartel of male rulers and were the first to win respected places on the stage of international politics.

As a journalist, the author has felt at liberty to pursue and describe these fascinating and unconventional characters and incidents beyond the strict confines of the qualified historian.