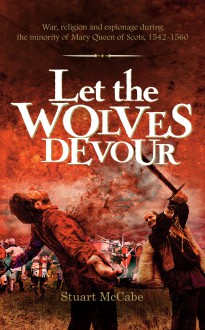 This meticulously-researched book sets out in vivid detail the story of the conflict between Scotland and England in 1542-1560, one of the most violent and colourful episodes in British history. After the death in 1542 of King James V of Scotland, his wife Mary of Guise, mother of the future Mary Queen of Scots, was left to rule over a kingdom in torment. Powerful political, regional and feudalistic forces began to battle for the heart and soul of Scotland, while the great families chose – and changed – sides in their hunger for power. Trust was thrown to the wind. Clan was set against clan, France and the Habsburg Empire stormed into the conflict, and loyalties were strained and often broken. In battle after battle men were slaughtered by the hundred, while the opposing sides laid waste to each other’s towns and territories. By the time it was all over the Scotland we know today had begun to emerge from the wreckage, the first nation in Europe to revolt successfully against the established church and a constitutional monarchy.