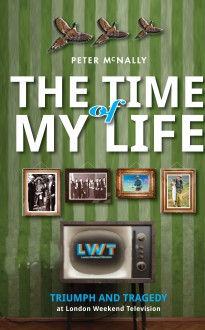 The Time of My Life

Peter McNally enjoyed a boyhood of privilege and hard work, growing up in a large and happy extended family during the war years in the safety of the Ulster countryside. Public school back in England gave him a moral code and work ethic which stood him in good stead over the meteoric years that followed in business. After qualifying as a chartered accountant at the age of 22, Peter found himself mixing with the powerful and wealthy and getting to know some of the leading players and businessmen of the day. When the opportunity came to join the board of the newly-created London Weekend Television as Finance Director, Peter, still only in his thirties, seized it with both hands. He became a senior member of the team that steered LWT to dramatic success in the 1970s, eventually sharing in its financial fortunes, which has enabled him in later life to enjoy many leisure hours salmon fishing, shooting, skiing and partying with a wide circle of prominent friends.