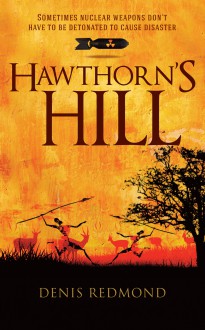 Poor old Zawanda is in a mess, its economy in meltdown, its people unable to give up their age-old tribal enmities. The news that Britain is to cut off the country’s foreign aid looks like the last straw, until Frederick Zawutu, the intelligent, Cambridge and Sandhurst-educated new president, hits on a daring scheme – to embark on a game of bluff designed to make the West believe that this penniless Central African nation has somehow acquired a nuclear bomb. Everything goes to plan – until the English arms dealer Zawutu has set up to unwittingly play the part of the ‘supplier’ proves to be a little too good at his job… Hawthorn’s Hill is a light-hearted, cleverly-constructed novel about modern Africa, the follies of diplomacy, tribal conflict and the foibles of race and sex.