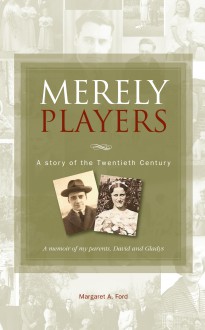 David Wilkie and Gladys Salmon were born in the early years of the 20th century at opposite ends of Britain and in widely differing social circumstances. After eventful early lives, they met in 1931 in a London hospital where they were both working. Romance followed, and the story continues with their subsequent move to the Wirral Peninsula in Cheshire, following David’s promotion to the post of Medical Superintendent in Clatterbridge hospital which had recently been converted from a workhouse. Against the backdrop of the often turbulent events of the 20th century, the book sets David’s and Gladys’ personal story in the context of the changing lifestyles of the middle and later decades until their deaths in 1985 and 1986 respectively.