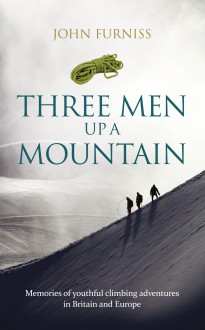 Three Men Up A Mountain

“Sometimes there were only two and sometimes there were four, but usually there were three of us…” During his years as a schoolboy, a student and then a young dentist in the 1960s, John Furniss and his friends took every opportunity to escape from their work and studies and go climbing together, first in England, Wales and Scotland and later tackling the more challenging peaks of the Austrian and German Alps. Adding the vertical metres together, during that fondly-remembered decade they scaled more than 13 times the height of Mount Everest. They were years of adventure and daring, featuring occasional narrow squeaks and some amusing brushes with the local language and culture. Most of all they were years of comradeship, which John still remembers with great fondness more than forty years on.