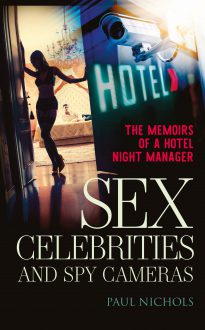 When Paul Nichols took a job as a hotel night manager in a top London hotel, he was hoping to advance his career and meet a few A-list celebrities along the way. He wasn’t disappointed, thanks to encounters with Tom Cruise, Nicole Kidman, Rihanna, Puff Daddy, Kanye West, Kimberly Stewart, Noel Gallagher and Peter Kay, among others. He had no idea that he would also have to play detective, deal with cases of theft, cover up several potential sex and drugs scandals, rescue a starlet from the paparazzi and do his frantic best to save the life of a severely-injured guest. He also didn’t expect to be finding concealed cameras in celebrities’ bedrooms. A shocking, entertaining and sometimes hilarious account of life behind the scenes at a millionaires’ hotel – and these are just the stories that can be printed…