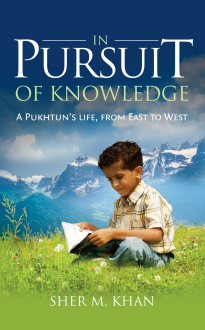 In Pursuit of Knowledge

Born a humble village boy in Pakistan’s Swat Valley, Sher Khan had the curiosity, the intelligence and the determination to succeed in a career in medicine, becoming a senior registrar in a UK hospital. Sensitive, wide-ranging and often very funny, Sher’s story portrays the life of a wise and kind man – a village boy who became a world traveller, an expert in nuclear medicine and a philanthropist who has done his best to overcome the inequity and suffering he sees around him. Dismayed at the dishonesty, favouritism and profiteering that have pervaded Pakistan since independence, he talks freely of the power struggles and posturing which have riddled his homeland’s affairs over the past half century. A colourful description of a vanished world and of the new world that is replacing it.