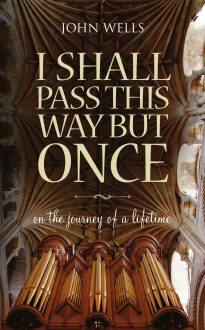 I Shall Pass This Way But Once

After leaving school at 15 in 1950, John Wells began an apprenticeship with one of the country’s leading pipe organ builders. On completion of National Service he resumed his career as an organ builder, which took him around the United Kingdom and on several occasions across the Atlantic, allowing him the priceless opportunity to meet and be reconciled with the mother who had left home when he was just six years old.

Ultimately John joined the Civil Service, helping to maintain, repair and replace the many organs and pianos in military establishments, prisons, British schools and government offices at home and abroad. In the decade since retirement he has become a specialist in American ‘duck stamps’ and conservation stamps, a subject in which he has become an acknowledged expert. His first book was an authoritative specialist publication, The History and Local Post of Rattlesnake Island, Lake Erie. This, his life story, is his second.