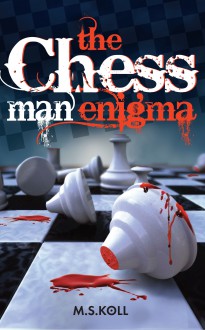 Somebody is killing innocent people all over Wales leaving headless chess pieces as a calling card. The four Welsh Forces are at their wits’ end and they have no clues. The killings seem to be without motive. A new dedicated unit, The Serious Crime Squad, is formed to work from a new base which is situated in a Cardiff terraced house. The team consists of two Detective Inspectors. Mike Karetzi is young unorthodox and a maverick, whereas Evan Jones is pedantic, works by the book and is nearing retiring age. The third member is a big, black sixty-year-old woman who is an expert in computers and forensics. Later they recruit an ex-con for his special expertise on gaining access to places normally inaccessible. However, the killer, codenamed ‘The Chessman’ by the unit, is no fool and he’s very clever and very cunning. The Chessman is hell-bent on completing his mission and won’t be denied by anyone. He wants to be rich, very rich.